The Nightingale: How War Affects Women, How Women Affect A War 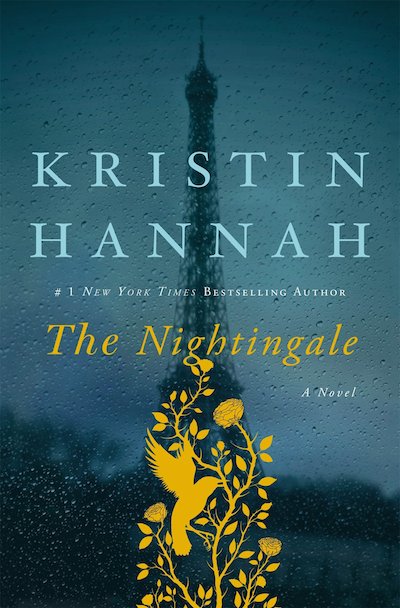 I started listening to Kristin Hannah’s The Nightingale on audiobook and stopped several times this year. I would get through the first few chapters, as an older woman relays a tough childhood in France, then lose interest. I read a lot of books, I don’t really push through if they don’t capture my attention.

Recently, however, Audible named The Nightingale Audiobook of the Year, so I decided to give it another listen. And this isn’t a poor orphan story, but a war story. It’s a World War II story. And most importantly, it’s a lady story. A novel about how war affects women, and how women affect a war.

Author Hannah read about the roles of French women in the resistance during World War II, most notably Adrée de Jongh, who smuggled fallen airmen out of France through the Pyrenees mountains. She also read about women who quietly sheltered Jewish children or were forced to house German soldiers, and realized she had to tell these stories.

Her research helped her create The Nightingale‘s Vianne Mauriac, whose husband has left their small village to fight at the Front. While he’s gone, it is up to Vianne to tend to her small daughter, and find some way to survive with German soldiers who invade her home. Vianne’s younger sister, Isabelle, was rebellious before the war started. Once it begins, she is determined to join the resistance in any way she can.

Both these women will be tested in endless, exhausting ways. Isabelle flees from Paris in a gigantic, desperate swarm of refugees. Vianne’s best friend and next door neighbor is Jewish, and Vianne witnesses stricter and stricter restrictions placed upon her. I don’t often read historical fiction, but this book kept me going, equal parts horrified, intrigued, and entranced. I listened to this audiobook in the same time period that I watched Amazon’s The Man in the High Castle, and it was Nazi overload. I would not recommend it. I’m now grateful I’m not living in Nazi-occupied France or Nazi-occupied America on the daily.

My main issue with the book, as powerful as it was, is the message that women after wartime don’t talk about their tragedies and triumphs. I guess you’ll have to read the book to know what I’m referring to here, but that a mother could keep such a large secret from her son seems odd to me. I’d be interested to know how everyone else felt about this message. I wonder if Hannah absorbed this from her research, that earlier generations were simply more stoic about doing what needed to be done? Anyways, check it out! Report back with your thoughts.

Also, movie rights for this one have been picked up so… that’s exciting!