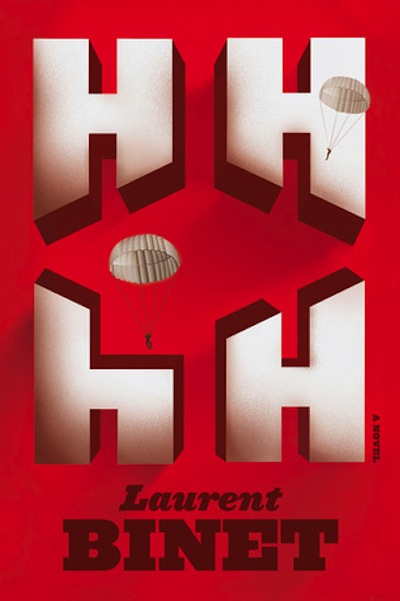 “When I watch the news, when I read the paper, when I meet people, when I hang out with friends and acquaintances, when I see how each of us struggles, as best we can, through life’s absurd meanderings, I think that the world is ridiculous, moving, and cruel. The same is true for this book: the story is cruel, the protagonists are moving, and I am ridiculous.” -Laurent Binet, HHhH

HHhH by Laurent Binet is oddly named but rightly so, as the Nazi tendency towards alliteration is just as uncanny as the rest of this historical metafiction novel. Sounding insane but purposeful, Laurent Binet struggles to tell the story of World War II’s Operation Anthropoid while also writing of his own shortcomings in research, distaste for other works of the time, and ultimately heartbreaking obsession with the exact details of a history lost to time. 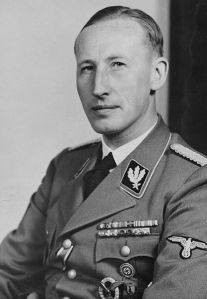 Heydrich, aka “The Butcher”

The title stands for the Nazi phrase “Himmlers Hirn heiBt Heydrich,” translated to “Himmler’s brain is called Heydrich.” HHhH‘s villain, and the focus of an assassination attempt in Operation Anthropoid, is Reinhard Heydreich. A mastermind looming over Nazi history, Heydrich founded the Nazi intelligence organization, supposedly acted as the brains behind Heinrich Himmler, leading member of the Nazi party, and put in motion events which led to the Holocaust.

Operation Anthropoid itself, with Heydrich at its center, seems epic and book-worthy. Two parachutists planned to tumble from the sky and land in occupied Prague, where Heydrich worked out of a castle. These two parachutists, they’ll hide out. They’ll plot, they’ll assassinate Heydrich. They’ll die themselves. They are prepared for this. When the plan is executed, of course, things go wrong, as life often does.

Where HHhH seems to lose me is in its argument: Binet complains about the inaccuracies of other historical fiction in his novel, but by doing this he distances himself further from the truth of the story he wants to tell. Binet comes across as arrogant and pompous, and perhaps arrogance is necessary to write yourself into your own story like this, but for the first part of the novel I’m not sure it works. Binet often breaks out of the story to tell the reader he doesn’t know how something happened–rather than putting the reader into the story further, this seems to detract attention from the historical event and put attention directly back to the writer himself. It seems if he truly loved the story of Operation Anthropoid, as he professes in the book, he may have told the story itself in his eloquent and powerful prose, with the extensive research he completed, to the best of his ability. Giving the story he so appreciated to his readers, without his constant commentary, seems to me a better way to honor the actual historical event.

I think the most powerful books are written by authors humble enough to lose their own voice entirely in their work, sacrificing themselves totally for the sake of the story. I understand that Binet tries to pave the way for something new here, but I’m just not sure this new form is true to his stated intentions.

The power of HHhH is its second, unfortunately brief, part, where Binet finally recounts the assassination attempt and its aftermath with a powerful, dream-like precision. Like watching the entire scene in slow motion, Binet recounts the story he has been waiting a whole book to tell, and the details are haunting, the sentences crafted in perfect time with the action as it unfolds. Binet shows his ability to write well here, and he tells the story in such a crisp gasp of breath that I consumed this part quickly, wanting more. Ironically, this more traditional historical fiction, with its speculation and imprecision, is where Binet shines and the history itself seems to leap off the page.