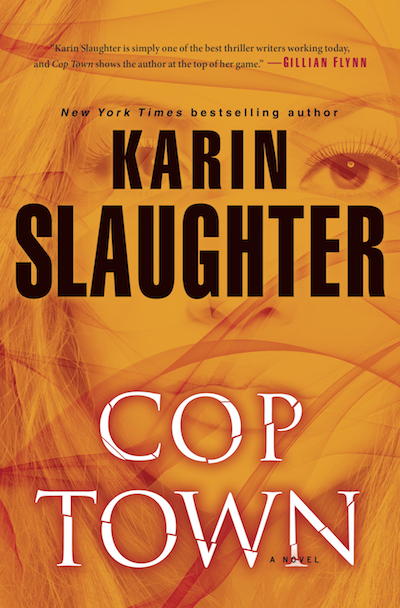 If there’s one thing I love in this world, it’s mystery fiction. Sometimes I need a good literary mystery, with headache and nightmare-inducing twists and turns. Sometimes, I crave something more straightforward. I picked up Karin Slaughter’s previous novel Criminal on one of these whims, hoping for an easy, enjoyable read. Criminal was part of Slaughter’s Will Trent series, and the story alternated between Will’s present storyline and the vivid, gritty life of his supervisor, Deputy Director Amanda Wagner, as she joined the police force in the 1970’s. Slaughter’s historical fiction stood out to me, as rookie cop Amanda Wagner dealt with rampant sexism on the police force and navigated some of Atlanta’s worst neighborhoods.

So you can imagine my excitement when I learned about Cop Town, Slaughter’s first stand alone novel, focusing entirely on women of Atlanta’s police force in the 1970’s. Amanda Wagner’s part of the story stood out to me in Criminal, and it definitely left me wanting more from that time period. It seems as if this is the world Slaughter is meant to explore and uncover: an “old boy” network in which the old boys are all haunted by various wars, a culture in which heavy drinking seems required to make it on the job, a police force where male cops aren’t your peers but cat-calling, leering father figures who won’t take you seriously.

In Cop Town, smart, observant Maggie Lawson works in this type of environment, and she reluctantly takes Kate Murphy under her wing as she flails (both literally and figuratively) in a uniform that is much too large for her. Someone is shooting Atlanta cops, killing them execution-style in the back of the head, and Maggie and Kate take it upon themselves to look for what the rest of the force, drunk and stuck in their own ways of thinking, can’t or won’t see.

There’s some discussion of the accuracy of all the racism and sexism portrayed in these books. Could the police force really have been that horrible for the first few women on the force? In both Criminal and Cop Town, Slaughter notes at the end of the novels her attention to accuracy and historical facts in research. But the books are, of course, fiction. I think this is why the work Voice of Witness is doing, and the concept of oral history/personal narrative in general, is so important. I would love to see Karin Slaughter tell the stories of some of the first women on police forces in America, as they relayed those experiences to her.

The larger thing to remember when reading Cop Town, however, is that this isn’t meant to be a textbook. This is a mystery. This will be a book you can’t wait to pick up, a book your heart beats a bit faster when you read, a book you feel a bit disoriented when you look up from because you were so lost inside its pages. Putting these protagonists in an unbelievably hostile work environment heightens the tension from all sides–there is a shooter loose on the streets of Atlanta, yes, but there are enemies everywhere else these young women turn.