We’re Living In The Perfect Climate For An Arctic Thriller 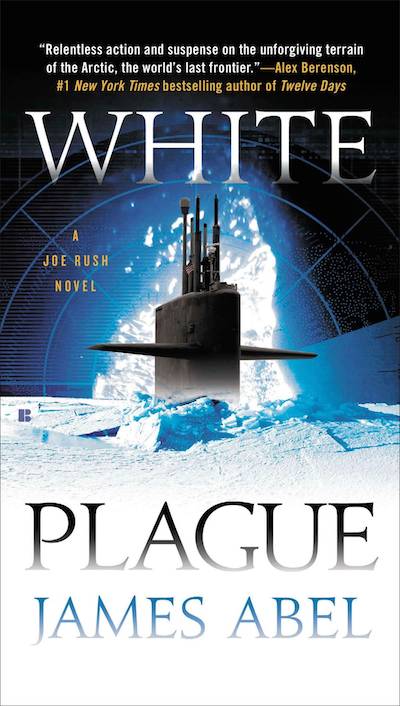 In James Abel’s White Plague, the threats aren’t Middle Eastern, they’re melting out of Arctic Ice. Abel isn’t the author’s real name–it’s a pseudonym for Bob Reiss, a journalist with a heavy Arctic background who, according to his website, wanted “to distinguish the Arctic fiction from the serious journalism.”

But Abel utilizes his breadth of knowledge in this thriller, with plot lines ripped from the headlines. From melting Arctic ice opening up new shipping lanes, to conflict over the newfound resources, to viruses reanimating after thaw, White Plague places protagonist Joe Rush in the midst of an area primed for conflict.

Rush is a Marine haunted by memories of missions gone wrong, turned bioterrorism expert after stumbling into a hole full of sick monkeys in Iraq and being terrified by the implications. He’s jogging outside his Alaska home when he gets the call: a US submarine, on fire in the Arctic, survivors freezing in makeshift tents. Oh, and they’re getting sick. Really sick.

I love thrillers for their don’t-put-me-down factor, and I never demand that they do literary high-kicks. But White Plague was well-written, avoiding cliches and always taking advantage of the hostile landscape to build tension. Rush sets out in the U.S.’s only icebreaker, to navigate the freezing Arctic sea with a crew unaware of their mission. As Rush meets the ice and sub experts he’s brought on board, he’s weary of everyone–in what has turned into a race for Arctic resources, there’s always the possibility of a spy.

Anything going down on a ship is seriously terrifying, due to the claustrophobia factor. Add in the freezing ice outside, and you’ve got yourself a very scary setup. Thrillers of this type can sometimes drift into too-much-fighting and make my eyes glaze over, but White Plague built tension and kept me guessing instead of playing like an action film on paper.