JK Rowling masters her new genre with The Silkworm 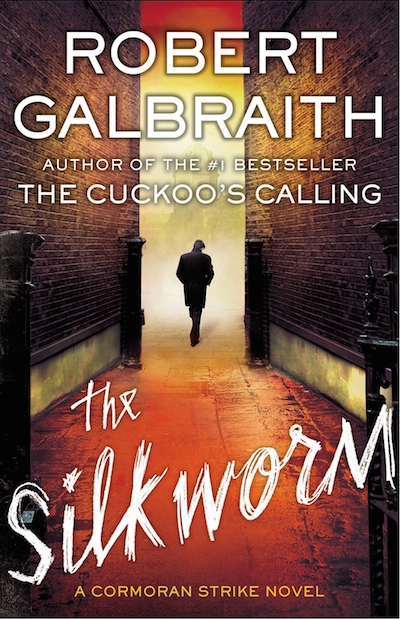 You can’t plot murder like a novel. There are always loose ends in real life.

With The Silkworm, JK Rowling, writing under the pseudonym Robert Galbraith, secures her spot in a new niche. As in the first novel of the series, The Cuckoo’s Calling, private detective Cormoran Strike finds himself amidst a high profile investigation, swatting at paparazzi’s flash bulbs and scanning news headlines for his name.

The Cuckoo’s Calling explored the world of the glamerati, those untouchable rich and famous, as Strike investigated the supermodel Lula Landry’s suspicious suicide. In The Silkworm, Rowling gets her hands dirty much closer to home, when Strike stumbles into an ugly case involving the publishing industry. Strike seeks the missing author Owen Quine, whose desperate but nutty wife Leonora may or may not be giving the PI all the information on her husband’s whereabouts. Quine’s last book was a grotesque mockery of all those he knew and loved, so he had reason to flee on his own, but also reason to be killed.

As the investigation thunders through London, swirling between an endless array of loathsome characters in the publishing industry, the underlying tension between Strike and his assistant, Robin presents a delicious side plot. Strike’s brutish character, and Robin’s naivety, each polish here so they feel more fully realized than they did in the first novel.

Rowling masters all the elements of a great story in The Silkworm with the precision of a master storyteller. She combines the more irresistible, exposé elements of high profile cases with the best parts of the cozy mystery. She’s also building up the tension of a love affair between two wildly different people who respect each other in a way most others around them fail to see. Hopefully we see more of Strike’s entitled half-brother Al, as well. I’d love to see the trio of Al, Robin, and Strike work together to solve a case surrounding Strike’s rock star dad in the next book.