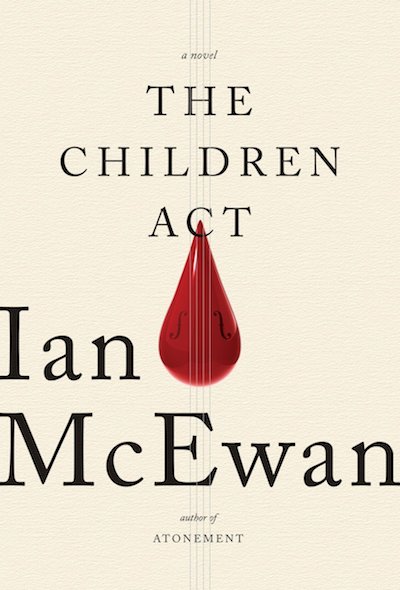 When a court determines any question with respect to  …   the upbringing of a child  …   the child’s welfare shall be the court’s paramount consideration.

Few professions today seem to demand as much denial of personal life and emotion than that of a judge. When presiding over their courtroom, we expect judges to leave their baggage below the bench, drape themselves in robes, and become an impartial adherent to the law, dictating truth in places we’ve lost it ourselves. In The Children Act, Ian McEwan returns to form by exploring the toll this can take. Judge Fiona Maye finds herself floundering dangerously between stoic distance and wild, warm connection.

Maye is a prestigious and highly-respected family court judge, the type who’s written decisions they study in law schools. She’s confident of her ability to bring “reasonableness to hopeless situations.” She is, in every way, a reasonable woman. And then, thirty-five years of marriage in, her husband announces he’d like to have an affair. Thus Maye is set adrift in her own family drama, a personal woe she has little time to consider as an entire court full of other family’s legal woes awaits her, and her steadfastness, her competence.

In the midst of an argument with her husband, Maye receives an emergency call that she’ll be presiding over a case in which Jehovah’s Witnesses have refused a life-saving blood transfusion for their 17-year-old son, Adam, on religious grounds. The media attention surrounding the case is high, time to make the decision is short.

What follows is, in that uniquely McEwan fashion, a story of people crashing into each other and then tearing apart, leaving pieces forever behind. Brutal, impossible connections that mold us as we stand there stunned, mesmerized and unthinking for just a wide-eyed second too long, these are McEwan’s specialty. The New York Times review of The Children Act explains of McEwan’s writing, “there is a moment of crisis or extremity that shatters his characters’ lives, reveals the innermost workings of their hearts or triggers a reassessment of everything they’ve believed.” His characters are rarely prepared for or aware of this extremity as it falls upon them, and I think this is why his books feel so authentic, so tragic–this is how life happens. We don’t realize what mattered until we have time to look back.

The Children Act on Amazon.com/Powell’s.com/Indiebound.org

I bought this one after seeing it on a TBR Tag post. I’m so excited to read it! I recently read Etched On Me, a book that also addresses the issues behind the heavy-handed Children Act. I sometimes wonder whether such a law would ever stand a chance here in the US.

Definitely a thought-provoking read. I haven’t heard of Etched On Me, I’ll have to check it out.